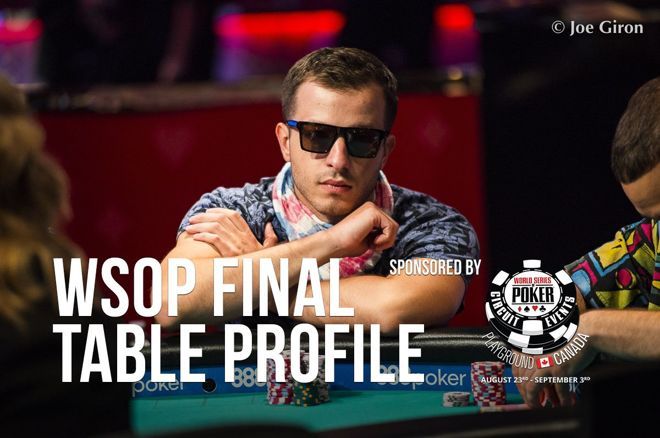 It is for the 2nd time already when a Ukrainian has made the final table of the WSOP Main Event. Anton Makievsky in 2011 took the 8th place and earned a little more than a million dollars. Seven years later in 2018 Anton’s accomplishment was repeated by his friend Artem Metalidi.

At the beginning of the 8th day, everyone waited for the French player Antoine Labat to leave the table. Antoine took 9th place and received one million after he was eliminated by Artem Metalidi with a full house.
Later, after 37 hands, Artem’s stack was reduced by two-thirds. Therefore, when the Ukrainian got pocket fives, he put all the chips in the center of the table. American Aram Zobian with KQ called. The flop came “6-Diamonds|5-Hearts|2-Diamonds” giving Metalidi a set of fives and Zobian a flush draw. The turn brought the K-Clubs and Metalidi would need to dodge a diamond to stay alive.

The river was the “4-Diamonds” and Zobian made his flush to eliminate Metalidi in eighth place. Artem Metalidi took 8th place and won $ 1,250,000. Later Artem said this was an incredible experience, which he could not even dream about. He has become the most successful WSOP Main Event 2018 player from Europe.

Ukraine: another attempt to approve the gambling bill expected in January