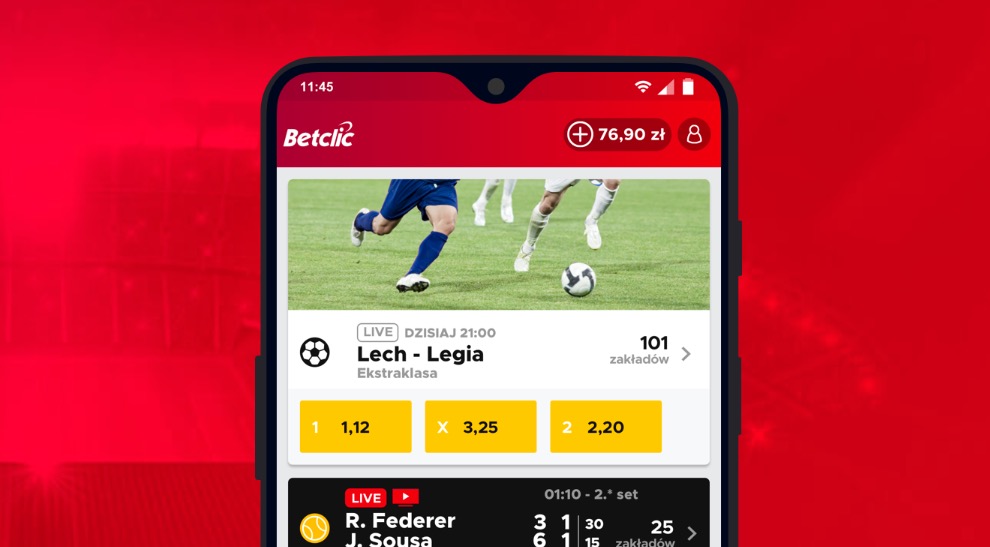 Betclic in Poland again. More bets, more sport, more emotions – such information bearing the company’s logo can be found on the website of the bookmaker already known in this country – betclic.pl.

This return has been discussed in the industry and media for a long time. Now we have some official confirmation of these speculations and the first few data.

The Betclic bookmaker was once active on the mutual betting market in Poland. This was before the amendment to the 2016 Gambling Act. Later, however, like many other foreign bookmakers, the company withdrew from Poland. It turns out that they probably tried to adapt to the requirements of the new Polish law and obtain the necessary permission allowing them to legally operate in Poland. According to the information provided on the official site of the bookmaker, the company finally succeeded and from September last year, Betclic has the Republic of Poland Finance Minister permission to organize bookmaker bets via the Internet for a period of 6 years, permission of September 26th, 2018, No. PS4.6831.11 .2017. Thus, the bookmaker joined the group of legal bookmakers, which are still coming.

What does it mean? In addition to Betclic being recognized as a legal entity in Poland, the bookmaker is not planning, at least for the time being, to operate at land-based outlets (for such activity is issued a separate license, which the bookmaker does not have).

Despite the fact that it is impossible to use the bookmaker’s offer at land-based premises, Betclic intends to ensure comfort for future and “former-future” players by making their offer available on various platforms. This is indicated by special icons on the bookmaker’s website. An application will be prepared for Android and IOS, which is actually already a standard among bookmakers. In addition, of course, the bets will be able to be entered via the website and its version adapted to mobile devices.

The owner of Betclic is a company registered in Malta, BEM Operations Limited to be exact. In Poland, their interests will be carried out by an intermediary, which is required by Polish law in the case of foreign companies. It bis the Wrocław company Pejot 1 Sp. z o.o.

Information on the return of this bookmaker can please many players, especially those who used the Betclic offer before the entry into force of the said amendment to the Gambling Act, commonly referred to simply as the Gambling Act. At that time, the bookmaker enjoyed considerable popularity among Poles, but what is worth emphasizing was that under Polish law it acted illegally and the use of its services was also contrary to Polish law and in accordance with the regulations in force at that time it was threatened with a fine up to 720 daily rates.

In even more distant times, before 2010 (when the 2009 Gambling Act was not yet in force) Betclic tried to sponsor Polish sport. In 2009, the company even became a sponsor of Lech Poznań, and their logo appeared on the jerseys of the club’s players. Besides, the bookmaker is not anonymous also abroad. A few years ago, the company also promoted itself on the Juventus Turin jerseys, the great Serie A club and the multiple champion of Italy.

Now, their support is used, among others, by e-sport players from the French GameWard Team, which takes part in the PLAYERUNKNOWN’S BATTLEGROUNDS and Fortnite battles.

It is not yet known exactly how long will it take the legal bookmaker Betclic to start accepting bets, but it is said that it may happen this month.