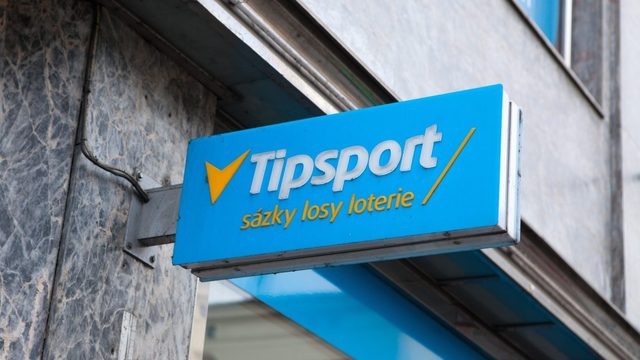 Tipsport reports a record profit, rising by one third to more than a billion.The new law on gambling helped.The new law last year allowed Tipsport to run an online casino, such as roulette or slot machines.

However, the firm has long protested that it wants to focus on odds betting.

This year, it expects a slight increase in revenue. The percentage of betting on the internet Tipsport last year rose from 92 to 94 percent. Holding includes Tipsport in the Czech Republic and Slovakia and Chance. It employs roughly 3000 employees.

“About 90% of the sales are Czech, while we are the number one on the Czech market, we are in third place behind Niké and Fortuna, but we grow there too,” said Knybel.

The results are significantly better than the company expected. In last year’s interview, Knybel said Tipsport was not planning to grow revenue for the first time. “Sports betting is happening in the whole of Europe, and we did not know how the new Hazard Act, which came into force in January 2017, turned out to be a good one. blocked, “Knybel said.

This year, he says, the similar effect can not be expected.

“With both market share and services that we are able to offer to clients, we have come close to the maximum, although this year’s two big sports events such as the Winter Olympics in Pyongyang or the football World Cup in Russia will make it difficult to keep last year’s results” Knybel added. In the February Olympics, the company did not notice any significant revenue growth. “She had almost no influence,” he said.

In the long run, he rather expects the new Law of Tipsport to hurt. “There is much more regulation, the lottery tax has increased, last year was a temporary one, the law has only begun to work right now,” Knybel said. Since this year, for example, bettors have to register at the stone branches. In addition, according to Knybel, a larger foreign firm will surely enter the market in the future. “I am convinced that foreign competition will be here,” he added.

The new law last year allowed Tipsport to run an online casino, such as roulette or slot machines. However, the firm has long protested that it wants to focus on odds betting. Meanwhile, the casino share is negligible. “In the long run, it can account for 20 to 30 percent of our sales, but it’s just a rough estimate,” Knybel said. Compared to foreign countries, they are also disadvantaged in this type of betting in the Czech Republic.

“We offer dozens of games, with thousands of dollars abroad, while our loiter tax is 35 percent, the European average is 20 percent, and that’s a huge difference,” added Knybel.

The winning margin for the business is between three and four percent of these games, up to 20 percent for slot machines in stone shops. With odds betting, margins in stone branches reach up to 13 percent, on the Internet eight percent.

Tipsport was founded in 1991, the first branch was established at the headquarters of the company in Beroun. He specializes mainly in odds betting. In 2005 he entered the Slovak market. Since 2013, the Chance betting company is part of the holding. Tipsport has about 800 branches in the Czech Republic, more than 200 Chance. In Slovakia, Tipsport has over 600 branches.

BETFan – a new bookmaker in Poland!