NetEnt employees have described how they were escorted by security to pack up their belongings as representatives from the company’s new owner drank champagne and ate pizza.

Around 300 staff were told to pack up and leave the office on Tuesday after Evolution Gaming acquired NetEnt and closed its Qormi studio in a move staff say came as a “great shock”.

Less than a month before Christmas, the employees working in the live casino were told their jobs would no longer exist because of the studio shutdown.

They are now in talks with Evolution Gaming to try to negotiate redundancy payouts. And some of the workers have described difficulties getting through to a special government helpline set up to help them find new work. Speaking under anonymity, NetEnt employees described how a normal day in the office took a completely unexpected turn.

“Up until Monday, the company was still investing in the studio and its staff,” one woman said. “There were trainees who had just finished their two weeks of traineeship when it was announced that we will not be working anymore.”

On Tuesday morning, she noticed that security had arrived in the building and began informing staff to leave their desks and gaming tables. “They informed us that the gaming tables were closed because we had to attend a meeting. It didn’t occur to us that the tables would be closed for good.”

She described the meeting to be one of the ‘shortest of my life’ and that, in a straight-to-the-point manner, Evolution representatives informed the staff that NetEnt was no more and that they were to pack their belongings and leave. NetEnt representatives were not present during the meeting. Like others, I have a family I need to take care of and my mind went through the ways I was going to tell my children that I had no job

“It was very emotional, people were crying and shouting when they heard the news. Like others, I have a family I need to take care of and my mind went through the ways I was going to tell my children that I had no job.”

While she and others were escorted by security to pack their belongings, Evolution representatives began drinking champagne and celebrating. “As Evolution began celebrating in our faces and eating pizza, I had to go home and face my children, call the bank and plan what I was to do next.” Another employee, who worked as a live dealer with the company for eight months, described how some people had arrived from abroad to start working just a few days before the announcement.

“We had until 6pm to take what we wanted from the office and we now wait to hear from our representative who is in discussions with Evolution to see what will happen. I am aware that most of the employees have gone to speak to the General Workers’ Union.”

Asked whether employees will be receiving their December wages, representatives said they were informed that negotiations are ongoing and nothing official was announced.

NetEnt and Evolution representatives who were at the Qormi studio spent the full day and the evening informing employees about the situation and answering their questions, a spokesperson for Evolution Gaming said. While the spokesperson would not officially reveal how many employees were asked to leave the office, he said that, with the closing of the NetEnt company, any of their employees are at risk of redundancy. “The formal process under Malta labour law, which guides the next steps, has been initiated.”

When asked whether Evolution representatives were drinking and seen to be celebrating, the spokesperson said NetEnt and Evolution representatives spent the day and evening answering the concerns of employees. Meanwhile, asked about difficulties employees were having getting through to the special helpline, a spokesperson for the economy ministry insisted it is working and that staff are making use of it. 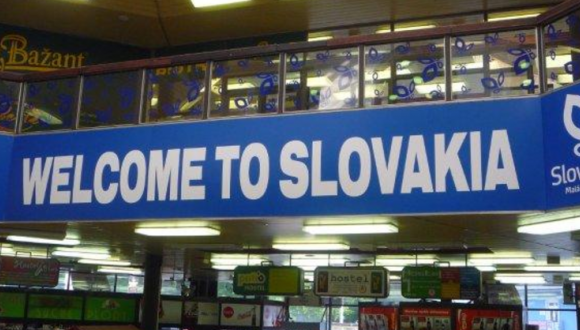 Get in the mood for Christmas with Wish Upon a Star™!