As NOVOMATIC embarks on its 40th anniversary year, the company recaps on an excellent and celebratory ICE Totally Gaming show in London. A much-lauded product presentation,a sophisticated stand design, a birthday party that drew in a big crowd and the great honour to receive no less than three prestigious awards made ICE 2020 indeed a fantastic kick-off for the company’s jubilee.

“ICE 2020 is a very special exhibition for NOVOMATIC, not least because we are celebrating our 40th anniversary. We only present our product portfolio here, but we are also showcasing for our customers and partners how we have developed over the past 40 years,” – said Harald Neumann, CEO of NOVOMATIC AG, expressing his pride in the company’s innovative power at a press conference during the ICE exhibition.

Innovative products and solutions featured massively on the traditionally largest stand of the south hall at ExCeL. The NOVOMATIC stand encompassed dedicated segments for land-based casino and AWP products & systems, biometric technologies for modern access solutions, online gaming, sports betting and cash handling solutions – as well as a little ‘Hall of Game’ museum with vintage machines and a time-line of milestones from the past 40 years – all across a total space of some 5,000 sqm.

Right, left and center in the casino showcase of the stand were Progressive Jackpots, with a broad range of Linked and Stand-alone products. Two brand new Asian Links were premiering in London: the JI DENG GAO ZHAO Link with the title Lucky TrailTM and the LUCKY TWISTTM Link with the twin titles Dynamite DragonTM and Money Ki NekoTM – the first with a thrilling matrix feature and the other with a hot wheel for the jackpot feature. At the center of the casino presentation was the eye-catching Samurai BeautyTM in a bank of V.I.P. LoungeTM Curve 1.43 cabinets against the backdrop of its impressive and eye-catching video wall signage featuring dedicated content.

Further Linked Progressives on show in the PANTHERATM 2.27 were the MONEY PARTYTM Link with titles Fruity FruityTM and Juicy JuicyTM as well as the new CASH CONNECTIONTM Collection 1. This linked multi-game package with four titles especially caught the attention of many European operators. Also specifically targeting European operators were the BRILLIANT LinkTM Collection 1 and SIZZLING LinkTM multi-game offerings with a variety of colourful and thrilling titles presented in the V.I.P. EagleTM III 3.32 and V.I.P. LoungeTM 2.32 cabinets.

In the Stand-alone Progressives section, titles like Dancing TigerTM, Dancing LanternTM and Dragon HitsTM as well as the PAYDAYTM Progressives made their mark. NOVO LINETM Interactive Concurve Edition 5 premiered with a highly attractive selection of games – also including some Stand-alone Progressive titles – as did the NOVO LINETM Interactive Edition X2 comprising a sophisticated mix of must-have games for every casino.

The Multi-Gaminator® deluxe 1T featured at the show in both available cabinet versions – GAMINATOR® Scorpion 2.24 and FUNMASTER 2.27 – presenting a very interesting vintage package. True to the motto ‘The Original Reloaded’, this game mix presents 10 of the most popular NOVOMATIC classics in their original line-layout of 5 and 9 win lines.

Also Ainsworth once again featured prominently on the booth, with the global launch of the A- STARTM cabinet. Described as a new era for Ainsworth, the A-STARTM comes in two versions – A- STARTM Dual Screen with two 27” monitors and A-STARTM Curve with a 43” curve monitor – both in luxury style with all the features to expect from an innovative cabinet such as great design, dynamic LED lighting and LCD touchscreen button deck.

A range of new and popular games was presented, such as Money Up – Born Free, Ultimate Upgrade – Cai Fu Journey, Lucky Empress and Fiesta Grande, all with innovative gameplay and features. Alongside the A-STARTM, proven titles featured on the two screen A600 and single screen A640. A selection of QuickSpin games was brought to London including the new Super Charged 7s Classics, Super Lit Vegas, the linked progressive title Turbo Charged 7s and dual-screen game Super Sonic 7s. A new multi-game pack was also introduced for the single screen cabinets, Mega Choice Superstar with two QuickSpin titles and three classic games.

For the systems segment, specialists presented the latest modular functionalities of the myACP Casino Management System as well as the advantages of NBS’ biometric technologies for a secure casino access control system.

NOVOMATIC subsidiaries like NOVOMATIC Spain, NOVOMATIC Gaming UK and the German NovoCash division presented market-specific and attractive offers for their respective segments while NOVOMATIC Sports Betting Solutions (NSBS) highlighted NovoPrime Sports as well as the NOVOMATIC ActionBookTM self-service kiosk that is rolling out in growing numbers with leading US operators.

In the NOVOMATIC Interactive segment of the booth, Greentube unveiled a heart-stopping new addition to the quality portfolio of over 400 slots, table games and bingo titles: Romeo & Juliet – Sealed with a KissTM was launched in a Shakespearian-themed romantic garden setting including photo booth that drew many visitors.

Absolute highlights – apart from the applauded product presentation – were the birthday party celebration with VIP guest David Hasselhoff, who did not miss the opportunity to personally congratulate NOVOMATIC executives Harald Neumann and Ryszard Presch, and three prestigious awards that the company proudly received during the show. NOVOMATIC received the Global Gaming Award as the “Casino Supplier of the Year”, The British Casino Award for the “Best UK Slot Machine” and the “ICE Totally Gaming 2020 Landmark Award” to mark the company’s 40th anniversary. What a start into the year!

Rise of the Crypto Casino: 5 Reasons to Play This Way Today 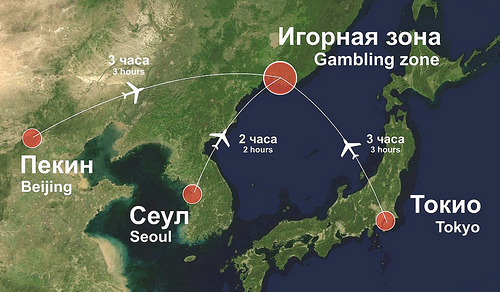 Russia – casinos will no longer pay taxes on winnings over 15,000 rubles