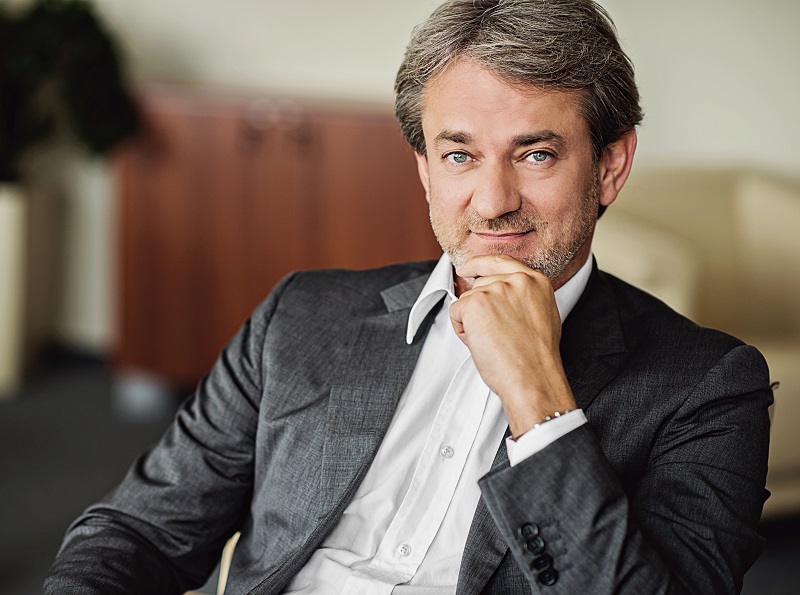 Of course, there is an element of risk and the possibility of getting big wins, but it’s difficult to talk about them as an addictive phenomenon. I asked Mr. Wojciech Szpil – the former president of the board of Totalizator Sportowy, who as the only Pole had the possibility to sit in the European Lotteries Association authorities, and for whose term this managed by him state-owned company reached the peak of profitability.

E-PLAY: Lotteries and games of chance had been the domain of Totalizator Sportowy from 1955, established by the Government to generate profits, the income of which was to be allocated during the reconstruction of Poland from military operations for the expansion of sports facilities. How did lotteries in TS function in your time?

Wojciech Szpil: At that time, Totalizator Sportowy was implementing the state treasury monopoly in the area of ​​games of chance and cash lotteries. The most well-known category of cash lotteries and the fastest growing were scratch cards. Of course, in the so-called Gambling Act we also have other forms of lotteries, such as gift lotteries, audio lotteries, text lotteries or promotional lotteries. The mentioned lotteries are not subject to the state treasury monopoly, which means that anyone who requests permission from the Ministry of Finance and gets it can carry out such lotteries in Poland.

A specific example of such lottery was the one called Loteriada, which was not related to the promotion of one product but all. By buying products for only PLN 5 you could take part in additional draws and win additional prizes. In 2015, we managed to invest relatively little money to obtain additional income. Thanks to this promotional lottery, that is additional activity related to the products offered, we have response rate, or the percentage of fates taking part in the game, was 48%, which was something unprecedented so far. It was not just about the game itself but the possibility of using these lots or coupons for extra play with the possibility of winning additional prizes.

E-PLAY: According to your knowledge, what is the standard solvency in lotteries?

WS: Solvency in cash lotteries is different. As a standard, the prize pool for winnings is 50%, sometimes it grows up to 60% of the revenue from the sale of lottery tickets. The remaining amount is the cost of production, distribution of sales and profit. However, the size of the prize won or prizes won depends on the so-called winning matrix accepted in the regulations of each lottery and accepted by the Ministry of Finance.

E-PLAY: Your participation in the European Lottery Association organization was not just about the search for interesting products?

WS: Being a member of the ELA Board, I was responsible, among others, for innovation, which allowed me to browse the lottery market on a regular basis. Thanks to that I had constant insight into new products and interesting solutions used in other national lotteries.

A thorough analysis and research carried out on the Polish market, my experience and knowledge in this area allowed me to create together with the team the best solutions for the Polish client.

E-PLAY: Who invents new types of lotteries, is it a domain of specialized companies or organizations such as ELA?

WS: It is different, individual national lotteries have their own internal structure looking for solutions that fit into the character of people living in this area. There are also large companies that offer systems for playing and offer a wide variety of number games and lottery solutions. You can then adapt and select those lotteries that are currently the best fit for a given market.

Currently, we do not have much of the original local cash lottery, but once in Poland there were very popular lotteries named Lajkonik, Syrenka, Koziołki, Błękitna and other similar, very popular among players. But then we had the Polish Lottery Monopoly, which unfortunately went bankrupt.

E-PLAY: As for scratch cards, as we know, there are two large companies, which are Scientific Games and Pollard, and minor ones that produce them. Who creates ideas for such fun?

WS: Each of these large companies has their ideas and interesting solutions, also GTECH provided such scratch cards. The package offers various products, in scratch cards we decided on which are interesting and worth introducing to the Polish market. But these scratch cards often rotate, that is, they are distributed in different countries in variable time.

I recall an interesting project – a scratch card V4, which was simultaneously introduced in four countries: Poland, the Czech Republic, Hungary and Slovakia, with the same name, layout and similar wins. The lotteries were autonomous, but to implement the project we created a joint consortium, which was quite a challenge and then a success, considering that this lottery was sold in four countries, where four different currencies were presented, four different languages ​​and each had a different legal system. (…)

Poland – Money laundering in the Ministry of Finance opinion

Totolotek is the titular sponsor of the Polish Cup