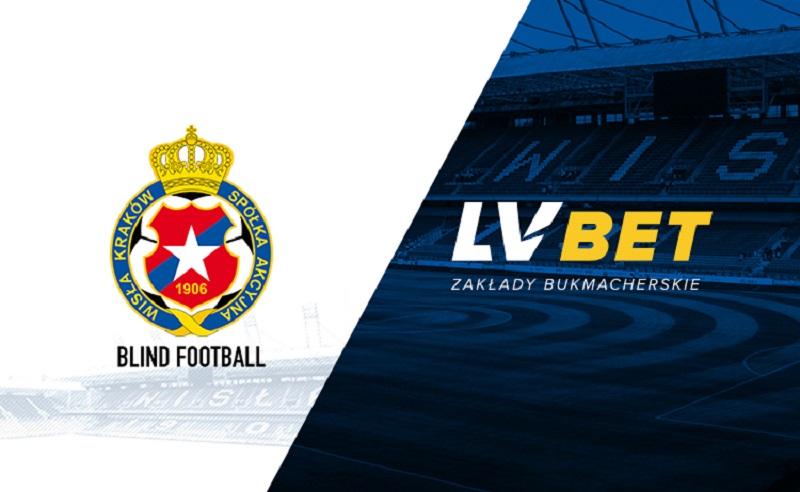 The Main Sponsor, LV BET, extends cooperation with Wisła Kraków. By increasing the scope of the sponsorship agreement, the Sponsor’s logo will also appear on the shirts of the newly created section of Wisła Kraków – Blind Football.

We are very pleased that our cooperation with Wisła Kraków has entered a new stage. Its widening is a proof of mutual trust. We are glad that Wisła, as the first Ekstraklasa club, will take under its wing the blind players from Kraków, and we as a sponsor can contribute. We realize that the players train as professionally and with passion they fight for victories. They are the proof that there is nothing impossible for people with real sports passion – said Łukasz Kieza, LV BET Country Manager.

Cooperation with the Wisła Kraków blindfootball section is considered to be an investment in the future. As the first Ekstraklasa club, it will take under its wings the blind players from Kraków. The LV BET logo will be on the front of team shirts, similarly to the Wisła Kraków players during league games, international tournaments and other joint initiatives.

LV BET has been operating on the Polish market for over two years. At that time, the brand became involved in the development of various disciplines and many sports clubs. LVBET is the main sponsor of Wisła Kraków, Arka Gdynia and Garbarnia Kraków, as well as the official bookmaker of Wisła Płock, Widzew Łódź, Piast Gliwice, Zagłębie Sosnowiec, Stal Mielec and Śląsk Wrocław basketball team.

Thousands of Poles addicted to gambling