Poland – LV BET will be sponsoring Wisła Płock until 2021! 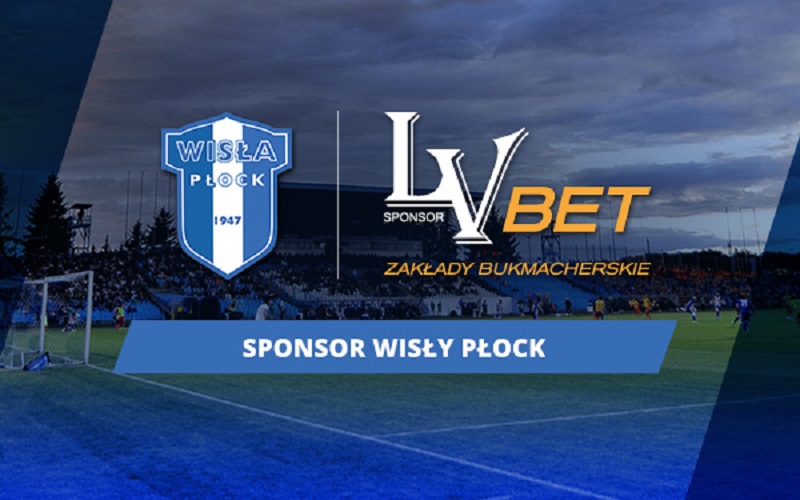 The sponsorship agreement between LV BET Zakłady Bukmacherskie and Wisła Płock has been extended until the end of the 2020/2021 season. The cooperation involves the exhibition within the stadium at Łukasiewicza street, dedicated actions for club supporters and activities in social media.

The contract signed in the beginning of the 2017/2018 season brought measurable benefits to both parties. Long-term activities are the key to mutual success – thanks to the long contract, it will be much easier to reach the fans’ awareness, and thus, it will translate into the quality of actions addressed to the fans of the Płock club.

Long-term activities are in line with the main strategic assumptions of the LV BET brand, which is why, as in the case of other clubs that we sponsor, a contract for a few years is a standard. We are very pleased with progress of the previous contract. As the Sponsor and the official bookmaker of the Płock club, we wish you many successes in the next season and positive emotions for the fans – said Łukasz Kieza, Country Manager LV BET.

We are extremely pleased that the year before the expiry of the contract signed last year LV BET decided to stay with us for longer, guaranteeing the club even better conditions than before. This testifies to the considerable trust that we have been given and we thank them for that. We are convinced that in the years to come our cooperation will continue to be unproblematic – added Tomasz Marzec, vice president of Wisła Płock.

LV BET Zakłady Bukmacherskie  has prepared activities dedicated to Wisła Płock supporters in the upcoming season. In line with the brand policy, these will be non-standard actions that will be announced in support of the club media.

LV BET is a dynamically developing brand on the bookmaking market, engaging in the development of various disciplines, supporting, among others, Wisła Kraków, Widzew Łódź, Piast Gliwice, Arka Gdynia or CEV EUROVOLLEY POLAND 2017, as well as the Internet service Łączy Nas Pasja. From November 2017, the company is also the Official Partner of Plus League and Women’s Volleyball League.