Following the amendment to the Gambling Act of 2016, theMinister of Finance and the National Treasury Administration authorities supervision effectiveness over the gambling market in Poland has increased. The changes also had an impact on reducing the grey area in the environment of gambling games, including those organized via the Internet, as well as increasing budget revenues from gaming tax.

According to forecasts, these revenues were to be even higher if it wasn’t for the delay in starting slot machine games outside the casinos. NIK emphasizes that despite these changes, Poland is still struggling with illegal gambling. Over 25 thousand penalties were imposed in three years amounting to nearly PLN 750 million for entities organizing gambling without concessions and permits, and nearly 63,000 illegal slot machines were secured. Moreover, according to the Ministry of Finance, the value of the illegal online bookmaking market is still higher than the legal one.

The amendment to the Gambling Act entered into force on April 1st, 2017. New tools have appeared to limit access to illegal games. The amendment introduced the state monopoly on slot machine games outside casinos, as well as on arranging online gambling, with the exception of betting and promotional lotteries. The state monopoly was entrusted from April 1st, 2017 to the company Totalizator Sportowy sp. z o.o. owned by the Treasury.

From April 1st, 2017, an official registry of Internet domains that offer gambling illegally has been introduced. Entries in the Register are subject to the names of internet domains used to organize gambling games without a license, without a permit or without filing the notification required by the Act, which are addressed to recipients on Polish territory. A specialized organizational unit of the Opole Customs and Tax Office, which deals with fighting crime in the IT environment, identifies illegal internet domains and gathers evidence. The register of banned domains is public, available and maintained by the Ministry of Finance (at: hazard.mf.gov.pl). As of December 7th, 2018, the minister competent for public finance disclosed almost 5,000 illegal internet domains used to organize gambling (as of 26.08.2019 there were already 7 140 illegal domains in the Registry).

From July 1st, 2017, telecommunications companies are required to block domains entered in the Register and to redirect connections to such domains free of charge to a website maintained by the Minister of Finance, which contains a warning about the impending criminal liability of a participant in illegal games and a list of entities legally offering games. On the other hand, payment service providers are to prevent payments on websites entered in this Register. Website blocking and payment blocking are common tools used by EU Member States to combat the grey area in the online gambling sector.

Although NIK positively assesses the introduction of the Registry, the phenomenon of the so-called “Clone domains”, which are domains whose content and operating principles are the same as other, already identified domains, with a similar name to services already entered in the Register, differing only in name (sometimes even one character). “Clone domains” are available to Polish players until they are registered, which reduces their effectiveness in blocking illegal gambling and inhibits the reduction of the gray area. In the sample examined, 47 domains were entered in the Register after 9 to 57 business days from the receipt of the case by the Ministry of Finance. NIK pointed out the need to search for legal and organizational possibilities ensuring shortening the time of inclusion of these domains in the Registry, while maintaining high standards of identification and security of evidence. The correctness of making an entry in the Register is subject to control by an administrative court (the legislature provided for the possibility of objecting to an entry of a domain name in the Registry).

During the audit, NIK revealed the lack of sufficient powers of customs and tax offices to control whether and how telecommunications companies and payment service providers fulfill the obligations set out in the Act on gambling. It turns out that by designing the amendment to the Gambling Act in 2016, which imposed obligations on telecommunications undertakings and payment service providers, it did not foresee the introduction of provisions authorizing the then Customs Service to control compliance of these entities with the obligations set out in the Gambling Act. The lack of these rights had an impact on the effectiveness of the instruments introduced. The necessary changes came into force only on January 2nd, 2019.

The reduction of the gray area of ​​gambling was one of the amendment to the Gambling Act objectives. According to analyzes of the Ministry of Finance (Department of Sector, Local and Game Taxes), in 2018 the estimated value of the market (legal and illegal) of online betting (bookmakers) amounted to nearly PLN 7.9 billion and increased by 4 compared to 2015, PLN 5 billion. 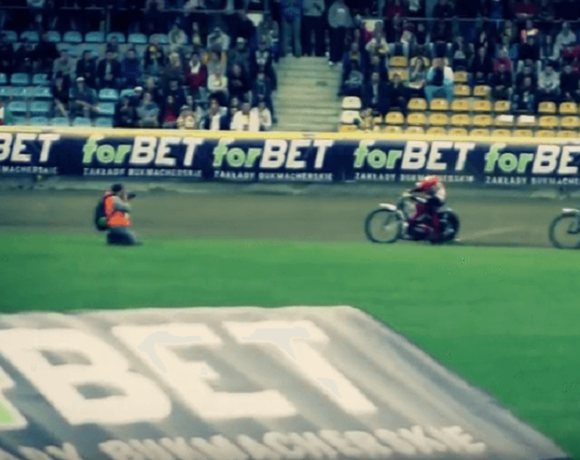 Poland – Bookmaker is the main sponsor of the SEC

Poland – Head of KAS as a new Finance Minister candidate