Surprising testimony of Sławomir Siwy, chairman of the “Celnicy PL” Trade Union before the VAT investigation committee. Siwy revealed that customs officers since 2009 have alerted the most important people in Poland about irregularities and evident scams, which were committed by highly-ranked officials of the Ministry of Finance and Customs Office.

We have been alarming that these are people who, on the order of organized crime, have an influence on shaping the law, thanks to which criminal activity becomes lawful or prevents the effective operation of control services. This applied to many areas: gambling, fuel, all excise goods – the head of customs officers reported.

The authorities in PO and PSL times weren’t only not interested in this problem, but tried to silence the customs officers. Slawomir Siwy himself fell victim to the campaign, for he was speechless about the fact that he lost his job because he spoke out loud about the scams.

The head of customs officers trade union with details also reported how many letters and who were sent to disclose frauds and scams. Such letters were received by Prime Minister Donald Tusk and his successor Ewa Kopacz. Everything went to waste. The topic was of no interest to anyone. Who then did the customs investigators pursue? Ordinary small entrepreneurs and farmers!

I wanted to apologize to citizens in the days of minister Kapica. We had orders like that. The attacks were directed at the dumplings fair in the village of Biesowo, or at local festivals of tincture producers – said Siwy.

“Celnicy PL” Trade Union Chairmen Sławomir Siwy, told PAP in March 2018 that during the time of Jacek Kapica (former head of the Customs Service and former deputy finance minister in the PO-PSL government) “all forces and means of the Customs Service were directed to fight against gambling, in the realities of tilting at windmills, and meanwhile, the other crime had eldorado and was developing. This is how the VAT mafia and fuel mafia were bred. The union informed about all this “- emphasized the customs officer.

Sławomir Siwy testified before the parliamentary investigation commission on VAT fraud, that in the period that members of the parliament examine, gaming machines with high wins were allowed to play as low-prize slot machines. Therefore, as he emphasized, they should not be subject to a flat-rate tax, but the Ministry of Finance did not see this problem.

The witness added that supervisors of customs officers blocked the activities of officers regarding improperly registered machines. The MF certificates, which such machines had, were supposed to be an explanation. 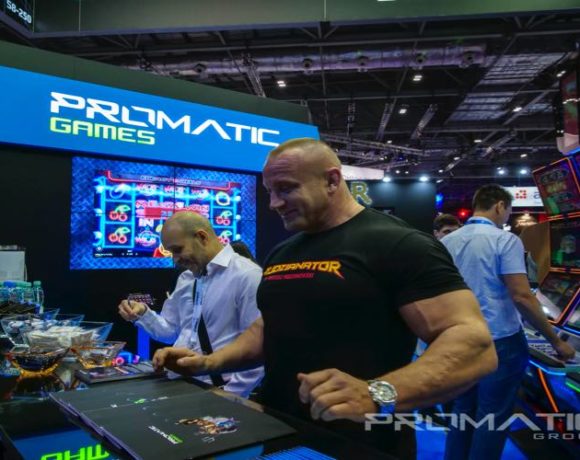 Promatic partnership with Mariusz Pudzianowski is just the beginning

Poland – Totalizator took the machines on itself