Poland – Some companies took the license procedure not too seriously

Not so long ago, a year passed since the beginning of the fight and blocking of illegal bookmakers operating in Poland, which changed the industry and definitely improved the situation of Polish companies belonging to this sector. Also the previous World Cup ensured huge profits for Polish bookmakers. On the subject of changes in the industry, the World Cup sponsoringsport.pl portal talked to the Country Manager of LV BET Łukasz Kieza.

You have been looking at the bookmaking industry for a very long time, before working at LV BET you had the opportunity to be among others editor of the E-playbet.com portal. How did you approach the changes that the government offered in 2017?

Łukasz Kieza: Skeptical. I am invariably a supporter of regulations of the so-called Danish model. Anyway, for almost 1.5 years I had the opportunity to work closely with the European Gaming & Betting Association, whose aim was to convince the public and the legislator to this type of legal solutions as optimal on the Polish market. Nothing has changed in this matter, I fully identify with these proposals. We have one of the highest taxes in the European Union, which is not favorable either for the player or the bookmaker.

More than a year has passed since the rules, controls and blocking illegal competition were tightened. How important was the change of regulations from the perspective of time, how much profit did it bring to Polish bookmakers?

Łukasz Kieza: It is obvious that the market has changed. Various estimates regarding its distribution appeared prior to the amendment of the Act, but then bookmakers registered on the Polish market had 10-20% of shares. Now it is 40-60%, therefore the increase in turnover in each of the companies that obtained the permission of the Ministry of Finance is noticeable.

There are currently nine bookmaking companies operating on the bookmaking market, however, further requests for licensing are waiting for the Ministry. How many more entities do you think will be interested in expanding into the Polish market?

Łukasz Kieza: The interest is big. However, there are many steps between the interest and the final decision related to entering the difficult Polish market. You have to meet a number of requirements set by the legislator and I assure you that this is not a simple matter.

Łukasz Kieza: Do not ask this question in a past tense, because they have been trying and still will be. However, the degree of these efforts is different. Some companies treated the procedure of obtaining a license for the Polish market not too seriously. There is an adjustment of all procedural and technical issues, which, as I have mentioned, is not as easy as it may seem.

After introducing changes in the regulations, it was possible to notice the “race” of bookmakers who signed a lot of sponsorship agreements with Ekstraklasa football clubs, what was the cause of this situation?

Łukasz Kieza: First of all, the desire to increase brand recognition through the sponsorship of leading football clubs. Secondly, it is a natural contracting of the most interesting entities that can be sponsored. I must admit that as today I look at the market of clubs and sports organizations that could be of interest to the bookmaker company in terms of potential cooperation, the most intrusive entities are simply occupied. Another thing is that sponsorship is just one of the formulas of marketing activities and you might as well go a different way.

An interesting situation is also currently taking place in the 1st League, the titular sponsoring of the games has recently been taken by one of the bookmakers. In this situation, how have the League 1 teams become less attractive to other bookmakers, such as LV BET?

Łukasz Kieza: It is a fact that for each of the companies in the case of sponsorship activities the best is exclusivity, and that in the case of Fortuna appearing on the shirts is difficult. And the league in recent years was quite specific in this respect. Very often, three bookmakers appeared on advertising bands during one meeting.

Sponsoring football clubs is one of the most popular forms of promotion by bookmakers. What kinds of sports disciplines or events are still attractive to the sponsor in this industry?

Łukasz Kieza: It depends on what side we look at. In terms of betting in Poland in the forefront there are such disciplines as basketball, tennis or ice hockey, so potentially the bookmaker could move in these areas. In the case of basketball or hockey, however, more popular for players are foreign games, which is why it is useless to look for bookmakers in the Polish League of Ice Hockey or Energa Basket Liga. If we look at it from the perspective of interest in particular sport disciplines, then sponsoring opportunities should also be seen in ski jumping or volleyball. Exposition in these disciplines will undoubtedly give great media value, while in the case of volleyball, it seems to me that bookmakers are still looking for a golden mean to effectively encourage the fan of this discipline to sports betting. In my opinion, still unsuccessfully. However, in ski jumping the problem is legal regulations. 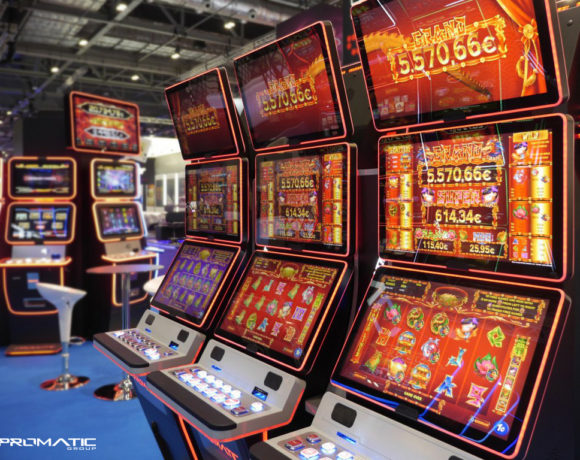