Poland – The gaming industry is entering the era of entertainment 4.0

The value of microtransactions in games is increasing, which requires increasing their security. The development of the mobile industry and high-speed wireless communications networks takes digital entertainment to a new level. Cross-platform, engaging games, which producers earn on microtransactions, are spreading.

Gamification-based productions are gaining popularity. With the increase in the number of games of this type, the demand for systems that will ensure the security of non-cash transactions carried out via these games is also increasing. Interview with Tomasz Mogiła, Playtech country manager.

Entertainment 4.0 focuses on maximizing feelings and is available immediately, it is a new culture of pocket life. Virtual sports, which are available at any time, on any device, allow players to enjoy this entertainment and feel the elements of gamification. These are solutions that allow access to entertainment on any device, anywhere and in any possible way
– says Tomasz Mogiła, country manager at Playtech, from the Newseria Innovations news agency.

Fortnite is one of the most popular gamification productions of recent years, which operates in a multi-platform model and encourages players to implement microtransactions. The game can be run both on desktop computers and via mobile devices, where it is available for free, and the player can pay for access to additional visual content. As with traditional sports, Fortnite games take place as part of the seasons, encouraging players to constantly rise in the rankings. The best can count on participation in local and global championships, as well as on high prizes – this year’s world champion earned USD 3 million in the Fortnite World Cup. Only in 2018, Epic Games Studio earned USD 3 billion on microtransactions in Fortnite.

The high popularity of microtransactions among players is demonstrated by, among others, report prepared by the Arm Treasure Data research company. Analysts have examined the habits of a representative group of players to see how they approach this form of distribution of digital titles. It turned out that 87 percent of them buy additional content, and according to 52 percent respondents microtransactions can improve their effectiveness. Interestingly, as much as 20 percent. players have admitted that they set a monthly budget for in-game purchases.

Customers currently expect above all maximization of emotions and short time of access to entertainment. And producers focus on elements of gamification to engage the player in gaming achievements. This is the fastest-growing element, and online games are increasingly available on all devices
– notes the expert.

The authors of “The changing face of desktop video game monetization” study looked at the development of the PC games market. As much as 70 percent players are interested in titles that use the mechanics of loot boxes, which are random items obtained for real money. It is also worth noting how the popularity of this type of microtransactions changed – in March 2010 only 4.27 percent of players came into contact with this mechanics, and in April 2019 this percentage increased to 71.28 percent.

With the popularization of games earning on microtransactions, the need to properly protect players against swindling is more and more often mentioned. Such systems are developed by both game developers and distribution platforms. The audit of Kryptowire, which scanned mobile devices sold on the US market in search of security gaps, convinces about the need to take care of digital players’ wallets. As many as 29 suppliers pre-install applications on their hardware that can expose users to cybercriminals.

In order to protect users against cyber criminals, Google decided to introduce Incognito mode to the Play Store, which allows you to download and test the application without giving them access to the phone’s memory. This is to minimize the risk of stealing confidential data or carrying out a hacker attack, including for players interested in new productions equipped with a microtransaction system.

An important element is to bring security elements into entertainment as well. I think that in the coming years there will be a topic about caring for the player’s safety, his financial transactions and, at the same time, moving the awareness of how much time we spend on this entertainment. We are entering an e-commerce period where games are monetized, so financial transactions are more like banking transactions. But the awareness and coherence of these two worlds is still coming through
– says Tomasz Mogiła.

According to Newzoo analysts, the value of the global gaming market in 2019 exceeded USD 152 billion. It is expected to rise to USD 196 billion by 2022 at an average annual growth rate of 9%.

Poland – “The World Cup will not win by itself” says Zdzisław Kręcina, the new face of LV BET 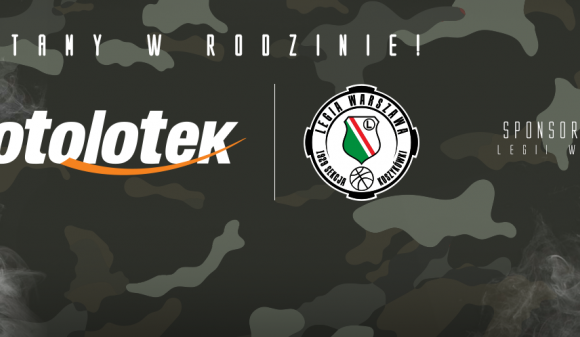