The government assumed that the state giant would cover the country with a net of 35-38 thousand “one-armed bandits”, which will give billions of revenue to the budget. It’s a struggle.

It was supposed to be a state gambling empire, and it’s a “no go”. This is the shortest description of the implementation of the amendment to the Gambling Act, prepared by the government and passed in December of 2016. According to its provisions, Totalizator Sportowy (TS) got the monopoly on slot machine games outside casinos since 1st of April 2017. The state-owned company, known so far from Lotto games and scratch cards, was soon to flood Poland with tens of thousands of machines and thus take over from the private operators a market worth several billion PLN. For now, however, it uses these possibilities in a very limited way. To this day, it has opened 23 salons, in which several hundred machines operate.

The PiS government assumed that already in the second year of the new legislation (which is in 2018), TS in the nationwide network of its showrooms would place the maximum number allowed by the amendment, which would be between 35 and 38 thousand popular “one-armed bandits”. And this will translate positively not only on the financial results of TS, but also an increase in budget revenues from games tax (up to PLN 1 billion in new revenues per year).

The government’s assumptions were unrealistic? Without a doubt. However, representatives of Totalizator itself showed similar optimism. There is a lot of evidence for this. In March 2017, Radosław Śmigulski, then acting CEO of the TS, announced at a special press conference that the company will reach the limit of 35-38 thousand machines within 2-3 years. And in 2017, it will launch 50 showrooms with gaming machines. At that time, not even one was launched.

When, finally, in mid-2018, the first salons were opened, Olgierd Cieślik, the current president of TS, admitted that for achieving the target of 38 thousand machines he will need not 2-3, but 4-5 years, and at the same time declared that 50 salons with 1200 TS machines will open until the end of 2018. Half the plan was completed.

In March 2017, Radosław Śmigulski said that “if we are to spend a billion PLN on gaming machines, it is better not to buy equipment abroad, but to invest this money in the Polish industry.” This was explained by the conclusion of “strategic cooperation” with Wojskowe Zakłady Łączności No 1 (WZŁ). It was the WZŁ, in a consortium with two other state-owned companies: Exatel and Polska Wytwórnia Papierów Wartościowych, to be responsible for producing and delivering TS salons and connecting them to an IT system allowing for reporting not only to the company but also to the National Tax Administration.

Grzegorz Banecki, the president of WZŁ, in March 2017 even talked about the creation of a “new industry” and assured that military establishments that previously had nothing to do with gambling have adequate human resources and infrastructure to carry out the project successfully. The head of WZŁ also announced that tests of machines prototypes will end in September 2017 – and then they will be ready for mass production.

Almost two years have passed – and what? Machines under the WZŁ brand are still in the testing phase and even today none of them did not go to the TS showrooms – it was the machines from the military plants that were to be used by Totalizator to carry out the pilot project, which was to open 50 gaming salons with 1200 slot machines announced many times. The “PB” information shows that a drastically delayed contract authorizes TS to charge contractual penalties. Have they been charged? If so, for what amount? Does WZŁ have any conversations with TS to avoid paying them? These questions, like all other, military establishments refused to answer, obstructing the “duty of confidentiality imposed on us.” Grzegorz Banecki, which is not surprising, is not as talkative as he was almost two years ago. We only know from the representatives of the TS that WZŁ today ensures that up to 1.2 thousand machines that were promised, they can deliver this year.

Negotiations with this supplier, during which we want to determine the possible terms and conditions of deliveries of machines and explain the current delays,  are ongoing – says Aida Bella, TS’s spokeswoman. 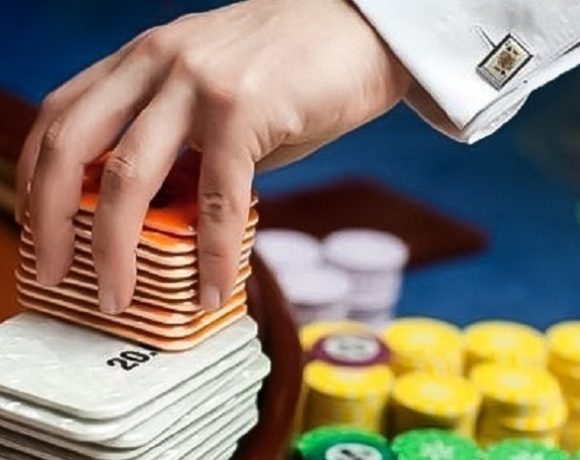 Poland – Ekstraklasa launches the sale of media rights to bookmakers