To support its overall sports-betting offering, the bookmaker provides broadcasts on over 2,000 sporting events a month through STS TV, enabled through media rights contracts with relevant broadcasters.

STS places a strong and ongoing focus on technological innovation. The brand’s iOS and Android apps are prominent examples of its innovative approach.

European and global iGaming affiliates will now be able to promote the brand following the launch of the STSpartner affiliate programme. The programme’s integration with the Income Access platform, which has won eGR’s B2B ‘Affiliate Software’ four times since 2013, will allow STSpartner’s experienced affiliate managers to target campaigns down to a city level and according to players’ language, device and browser, among numerous other criteria.

Mateusz Juroszek, President of STS, said: “STS is the leading bookmaker in Poland, setting trends for the domestic market. We’re strongly focused on continuously rolling-out pioneering solutions, and our partnership with Income Access, an experienced marketing tech company, is part of this wider strategy. Our goal is to work closely together to achieve synergies across STS-managed online marketing campaigns.”

Lorenzo Pellegrino, CEO of Income Access and Digital Wallets at Paysafe, said: “With the largest economy in Eastern Europe and enjoying one of the strongest GDP growth rates of any EU country, Poland is fast becoming a major global sports-betting market. We are therefore excited to partner with STS, the leading Polish bookmaker, and look forward to supporting and maximising the brand’s customer acquisition strategy through our affiliate technology.”

For more information about the new affiliate programme, contact STS.

STS is the biggest bookmaker company in Poland that accepts bets for results of sport events, as well as social and political events. The company was founded in 1997 and from that moment on it has operated successfully within the territory of the entire country. Due to dynamic development, in recent years STS has dominated in the market of legal bookmaker companies in Poland – significantly increasing market share that at present amounts to approximately 48%.

The company constantly invests in the development of modern and innovative technologies due to which it outdistances domestic competitors. STS makes services online available not only through the website, but also its mobile version, as well as applications for Android and iOS systems. The company continuously develops its offer, making available, inter alia, successive live bets and strengthening its leading position in the field of e-sport. The bookmaker has also created its own system of payments – STSpay – allowing for fast transfers 7 days a week from 10 a.m. to midnight. STS, due to the capital investment in Czech company Greep, became the co-owner of bookmaker system Betsys which STS uses.

STS actively engages in support of domestic sport. It is the biggest private entity on the market of sport sponsorship in Poland. The company is the official partner of the Polish national football team, the main sponsor of Jagiellonia Białystok, as well as the official bookmaker of Lech Poznań, Cracovia, Pogoń Szczecin, Górnik Zabrze, Asseco Resovia, Vive Kielce, and other clubs and sports associations. STS engages also in support of e-sport – it is the official bookmaker of Polska Liga Esportowa and the team Izako Boars and the sponsor of Paweł ‘innocent’ Mocek, one of the best Polish esport players. On the initiative of STS, the foundation Sport Twoją Szansą was established, helping talented sportsmen from the entire country.

Due to effective system of Customer Service, STS is able to respond perfectly to increasing needs of clients. The bookmaker is also the organizer of cyclical Championships of Poland in live betting in which the best players from the entire country compete with each other. The company offers also the possibility to watch broadcasts of sport events live through STS TV. The service is available also for users of mobile devices. Each month the company makes available broadcasts of nearly 2,000 sport events, including, without limitation, football, tennis, volleyball, basketball and other sports.

At present, modern bet placement points are located in each bigger town – jointly, within the territory of Poland there are over 420 of such points. STS employs almost 1300 people.

More information may be found at www.sts.pl 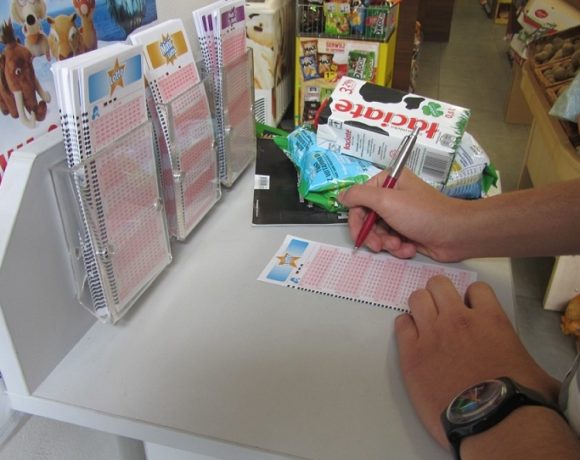 Poland – Totalizator will introduce card payments at all Lotto points