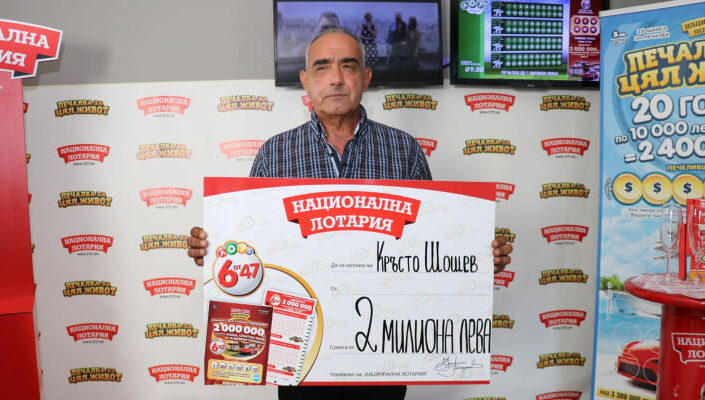 The gambling industry in Bulgaria has a huge turnover. The total sum of all winnings over 5000 BGN paid by Bulgarian gambling operators to lucky Bulgarians reached BGN 627 million in 2017.

This information was posted on Mediapool’s website after the request of the publication to the National Revenue Agency (NRA). For the first time this year, the gambling operators were obliged to report the NRA about the winnings over 5000 levs.

According to the report, a total of 13,447 Bulgarian gamblers have won over 5,000 BGN last year.
The biggest winning was 9,815,422 BGN, and the game is not specified. The second biggest winning amounted to BGN 7.9 million, the third place was 5.7 million BGN. The other TOP 10 winners of the ranking have won from 4 to 5 million levs, the NRA reports. A total of 49 Bulgarians have become millionaires due to gambling last year with their winnings over 1 mln BGN.

The NRA statistics is not segmented by type of gambling because such information was not collected. However, it is clear from the tax agency data that the biggest winning were paid by companies which are the lottery operators.

The National Lottery has paid more than 5,000 levs to 6,209 people, according to official data from the NRA. Eurobet has provided such prizes to 259 people, New Games reported about 672 winners.

Since the lottery operators are required by law to pay out at least 50% of the value of the bets, it can be concluded that turnover of lotteries is about BGN 1 billion in Bulgaria.

The 12th edition of Eastern European Gaming Summit gets closer