Olgierd Cieślik in the authorities of European Lotteries

The Executive Committee of European Lotteries is the governing body of this very influential international organization. The composition of the committee in the 2019-2021 term, to which representatives of 11 national lotteries were appointed, was elected during the 10th European Lottery Congress held in Antwerp.

After the announcement of the decision, Olgierd Cieślik emphasized that the nomination and choice of the Pole to the top management of the European Lotteries is not only appreciating many years of Totalizator Sportowy’s active work for the development of the organization, but also an important signal that the Polish voice is important for the entire industry. 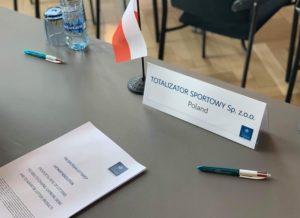 Lottery companies are an inseparable element of the countries economies, but also patrons of important and useful areas of life, such as sport, education or culture. Every year, members of the European Lotteries donate more than EUR 20 billion to the budgets of their countries. Therefore, we should strongly emphasize how we operate and how much we mean to society, both locally and at the European level – added the President of Totalizator Sportowy Management Board.

According to Olgierd Cieślik, the changes that Totalizator Sportowy undergoes in recent years are a good example for the entire industry.

Technological innovation is a response to the demand of the growing market, and implementation of new products and business areas may be necessary for national lotteries, both in terms of their further development and increasing their role as important social partners – emphasized President of the Board.

He added that this can not be achieved without joint opposition to entities operating in the gray area.

Closer cooperation of European lotteries in the fight against the gray area is inevitable if we really want the benefits that we bring to the public as much as possible – summarized Olgierd Cieślik. 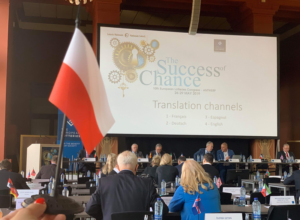 European Lotteries is an international organization associating national lotteries that conduct games of chance for public benefit. The association gathers both state and private entities. Members of the organization offer gambling services and establishments in accordance with the laws of the jurisdictions of the countries concerned. European Lotteries was created in 1983.

Bosnia and Herzegovina – NSoft Set to Reveal Novelties at ICE