Poland – Surprising prices of chips from the legendary casino 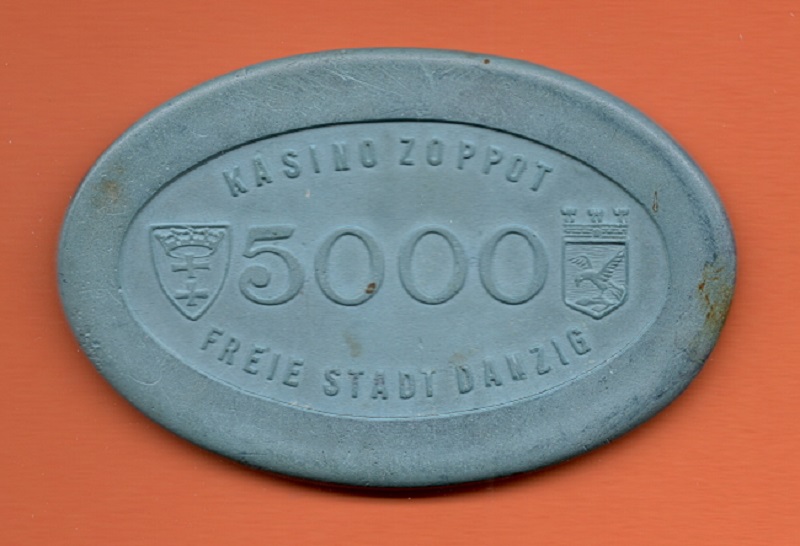 On Saturday evening in the Grand Hotel in Sopot, there was an auction of items related to this place. The most expensive of the paintings was “Panorama of Gdynia” by Marian Mokwa. The work has reached the price of PLN 50 thousand. For individual tokens from the hotel’s casino, even PLN 5,000 were paid.

141 items were issued for the auction. The collection includes paintings of mariners, including Marian Mokwa, prints, elements of dish service and tokens from the Sopot casino.

Souvenirs from a magical place

It seems to me that the history of this collection was so ennobling that for people for whom the Grand Hotel is a magical place, having something related to its history was an ambition. The greatest price was achieved by Marian Mokwa’s Panorama of Gdynia, probably one of his most outstanding paintings, of course the posters of shipping lines from the interwar period were highly appreciated. Casino chips were bought like talismans associated with the place – says Juliusz Windorbski, president of the auction house DESA Unicum, who led the auction.

The collection sold almost to the end, and most items were sold above the upper limit of estimation. Tokens, which were auctioned for a few hundred PLN, reached prices of several thousand PLN. According to Stanisław Balicki, a Sopot resident, one of the participants of the auction, some of the residents could be surprised by the fact that he has such valuable items in his collections:

My family came here shortly after 1945. My uncles and their colleagues, when they were children, scooped up such things as tokens and pieces of equipment from various places in the devastated city. They played with it. They even had some collections. From family memories I know that chips from the casino was the first post-war Sopot toy. It went away, no one treated them as special souvenirs. I thought they were worth from several dozen to maybe PLN 200 or 300. It turns out that if one of my uncles kept such a collection, he could have cashed it for a large sum.

Wazdan dives into 2020 with a preview of 9 new games

Betclic returns to Poland. Although they never left

The President of Wisła Kraków, Marzena Sarapata, breaks the silence