Two gaming halls were set on fire in Ukraine 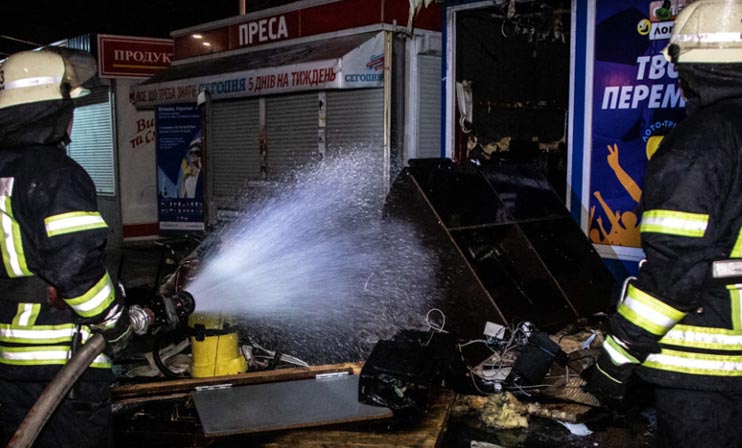 This month Ukrainian mass media informed about two fire accidents in gambling establishments in Odessa and Kyiv. On March 13, fire occurred in the Kyiv’s “Superlotto” hall. At the time of accident, there were employees inside. Luckily, they had time to leave the room and avoid fire, which burnt out the hall completely, including computers and furniture.

According to local residents, “Superlotto” hall was actually an illegal gambling establishment operating as a lotto hall. According to the witness, a man in dark clothes approached the lotto hall and threw something inside which has triggered the fire.

No one was hurt. Police has found elements of the pyrotechnic RDG-55 MCH grenade. It is a smoke grenade that, when activated, can emit flames.

Earlier a similar accident has happened in Odessa. The premises of the “Vip-Lotto” hall, located in a residential building, have been burnt down on March 10. Rescuers managed to localized the fire. As a result of the fire, the rooms of the gambling establishment and the balcony on the second floor of the residential building were damaged by fire. No one was injured.

Ukraine expects to get 7,5 billion UAH form gambling in 2021

Parimatch signs contracts with 5 clubs of the Ukrainian championship